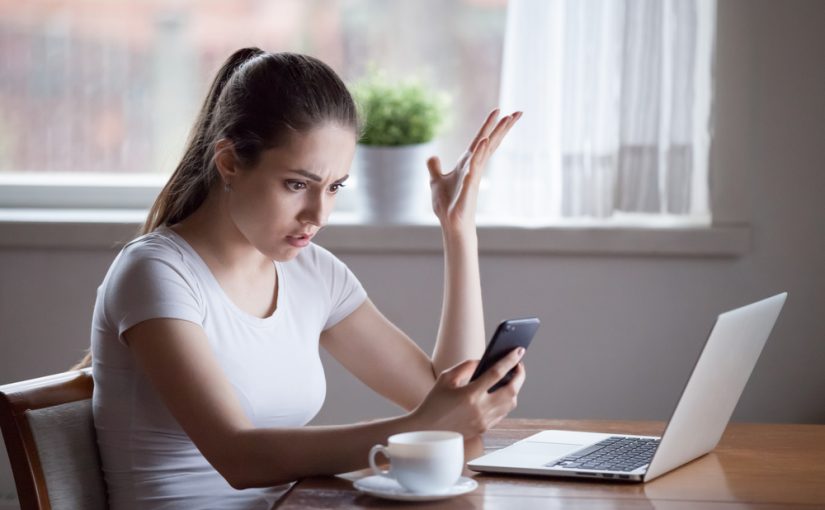 Thieves are highly creative and spend 24-7 just trying to figure out ways to separate you from your money. Even if you are super safe and cautious, you can be a victim of a con, a phish or a fraud. Scams happen both online and off – but it’s quite efficient for criminals to mass target potential victims via the phone and email. Check our our roundup of some of the latest scams, according to some of our favorite security sources.

Social Security is not trying to take your benefits
The Federal Trade Commission posts a robocall of the latest scams which threaten to end your benefits. They offer this reminder:

American Express Phishing Attack Targets Customers
If you are an American Express cardholder, learn the email phishing and phone scams. Learn more about it and how to avoid it. Also remember this good advice:

Never click a link or download an attachment that you are not expecting
If the email came from your boss, pick up the phone and verify it. If it appears to come from a company you do business with, ignore the email and go directly to their website. From there, you can see if there is an issue with your account.

Don’t pay for help with student loans
If you have student loan debt, a program that promises to reduce or erase it might sound like just what you need. But some of these programs just take lots of your money and give you no help — or do only what you could have done easily by yourself.  Don’t pay for help finding money for College; Don’t pay for the Application for Federal Student Aid(FAFSA®) form – it’s free; Avoid scams for loan or forgiveness – you can contact the lender yourself. The Department of Education has a great resource on Avoiding Scams that offers detailed explanations of common scams and reputable sources for grants and scholarships. Also, see this one page handout: Don’t Get Scammed on Your Way to College

Don’t Fall for Equifax Settlement Scams
Scammers are looking to cash in on the buzz surrounding the Equifax data breach, specifically the ability for consumers to check their data and file a claim if they were affected. If you were a victim of the Equifax breach, learn how to avoid scammers and get to the legitimate sources.

The latest news on romance scams
People reported losing $143 million in romance schemes last year, more than any other type of fraud reported to the Federal Trade Commission.

How not to get scammed, according to a former con artist
You may recall Frank Abagnale – or if not him, you may recall Leonardo DiCaprio’s depiction of him in the 2002 Spielberg film, Catch Me If You Can. Abagnale was a highly successful conman until he was caught and served 5 year in prison decades ago. He later became a security consultant for the US government and FBI. Read his recent interview in Vox, where he talks about his latest book dealing with robocalls, IRS fraud, and good old-fashioned stolen passwords. He says these are still some of the leading ways that Americans lost $16.8 billion to scams in 2017. According to Abegnale, “Crime is basically the same; the only thing that’s changed is today there are so many forms of communication and the ability to scam someone from thousands of miles away without ever really having personal contact with them.” See our past post on Abegnale, A conman you should listen to.

Past posts on scams & fraud 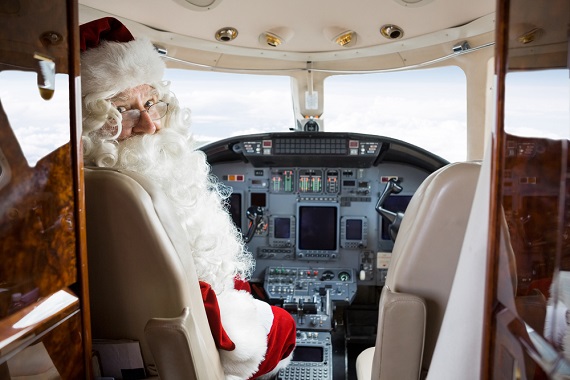 OK. We know that the leaves haven’t turned yet, and the smell of pumpkin spice is barely wafting through the air. We aren’t even in Halloween prime time yet. We assure you, we aren’t trying to rush things, but we’d like to offer some seriously good advice: If you plan to fly someplace for the holidays – either for Thanksgiving or for the Christmas / Hanukkah / Kwanzaa window – it’s not too early to book your plane travel now. In fact, it may be the ideal time.

According to AAA Travel’s flight booking data from the last three years, Sept. 25 marks the start of the best booking window for air travel over the Thanksgiving and Christmas holidays. It’s generally the best time for both availability and price deals. While it’s true that there are sometimes last-minute deals for travel, there is limited availability – so if you want the best availability and choice, start looking soon.

See AAA’s advice for the best days to travel on both holidays windows: The Best Time to Book Your Holiday Flights? Now! Check their article for some detailed advice. We’re reproducing two of their handy charts. 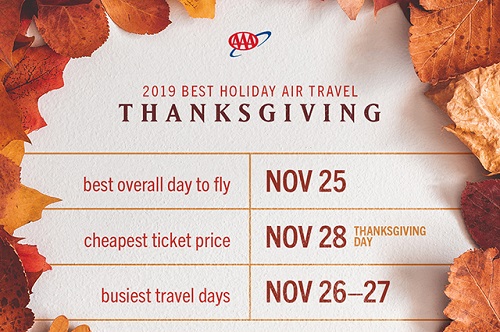 SmarterTravel offers their take on timing: The 12 Best and Worst Days to Travel This Holiday Season. They show the busiest travel days around both holidays by share of bookings from travel booking site Hipmunk. They also offer some advice on snagging the best fares.

For train travel, Amtrak offers Tips for Successfully Booking Your Trip. They say that “The earlier you book your tickets, the more likely you are to get the lowest fare available for the dates you want on the routes along your journey. You may book your travel up to 11 months in advance.” See their Tips for Savvy Travelers.

In planning your trip, consider whether you need trip insurance. If you are just zipping home on a domestic flight to visit your folks, you might not need it. Instead, before you book, check your credit cards to see if any offer baggage protection or other travel benefits when you book a flight – many do. And know your consumer rights – see the Department of Transportation’s Fly Rights: A Consumer Guide to Air Travel.

But if you are taking an expensive family trip over the holidays and traveling overseas or on a cruise, you might want to talk trip insurance over with your agent to protect your investment. The Insurance Information Institute offers a good primer: Should you buy travel insurance? 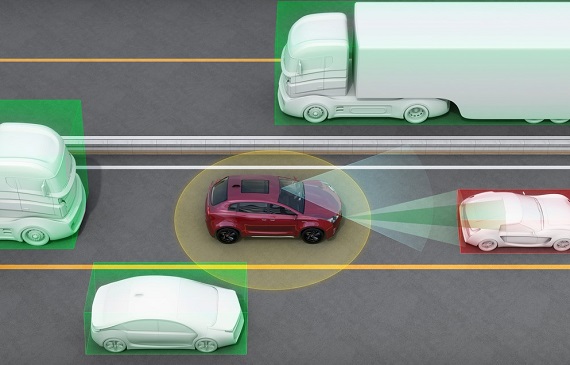 Whatever you call them – robot cars, driverless cars, autonomous vehicles, self-driving cars – they are definitely in your future. But the question is, how far in your future?

They’re being tested already – more than 1,400 self-driving vehicles are operating in 36 states right now. Most states, but not all, require a backup driver.

Take an interactive urban trip as the backup driver in the Washington Post’s autonomous (self-driving) car simulation. It offers an interesting perspective on  the strengths and weaknesses in the way these cars work and how they interact with the environment around them. The Post invites you to sit in the passenger seat and play the role as the backup driver. And that’s an important role because the cars may miss some hazards and they can’t operate in certain weather conditions that interfere with their sensors, causing them to pull over suddenly and shut down entirely.

This interactive  feature is a fun way to learn more about how the cars work and their limitations. You can learn more about some of the system’s weaknesses in article in Insurance Journal by Alan Levin and Ryan Beene: Automated Driver Assist Cars Still a Work in Progress:

The radars and cameras used to sense obstructions ahead each have their limitations and computer software that evaluates the data is still a work in progress, according to the experts and advocates. In many cases, they are better at tracking moving vehicles ahead than recognizing parked ones.

But there are definite pluses, too:

To be sure, automated driving systems have clear potential to improve traffic safety by supplementing the driver. Automatic emergency braking alone has been found by IIHS to reduce rates of rear-end crashes by half, and the insurer-funded group estimates that the system could reduce police-reported crashes of all types by 20%.

Many autonomous or self-driving features are already making their way into our new cars now. These are generally referred to as advanced driver assistance systems. See 7 Self-Driving Car Features You Can Buy Now (and Some You May Already Have) from Autotrader. And cars.com breaks down self-driving features by car make.

But event these new tech features have a ways to go before they are up to par and winning driver acceptance. A recent survey by JD Power showed that many driver-assist features are seen as annoyances;

J.D. Power’s 2019 U.S. Tech Experience Index Study, published today, surveyed more than 20,000 consumers earlier this year, most of whom purchased or leased a model-year 2019 vehicle during the previous 90 days. Nearly a quarter of the group found alerts “annoying or bothersome” from systems that mitigate lane departure or actively center the vehicle, the study said. Such alerts range from hands-on-the-wheel warnings to lane departure chimes. For those who find them annoying, more than half said they sometimes disable the systems; among those who weren’t annoyed, only one-fifth or so indicated the same.

Some of the complaints can be chalked up to drivers being unfamiliar with the technology and uncertain about how it operates, so presumably we’ll all get more comfortable with things as we grow familiar with them.

So it’s not likely you’ll be able to read the latest best sellers while lounging in the back seat of your robot car on your upcoming commutes. But on the other hand, sophisticated technologies are leading to safer cars and fewer accidents – a big win for us all! 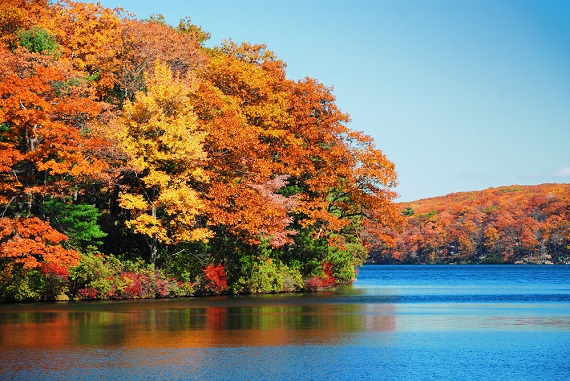 Plan the best of the foliage season this year with an interactive fall foliage map from SmokeyMountains.com. The national map offers a slider so you can search by date to see where and when has reached minimal change, partial, near peak, peak or past peak across the nation from September through November. It also includes interesting information about why leaves change colors.

And here are some suggestions of where to get the best views.

Of course, those of us who live in New England are a little snobby about our status as a prime fall destination and foliage viewing point. From Yankee Magazine, find a New England foliage map, as well as links to articles on the best seasonal things to do, from festivals and fairs to places and driving routes:

As you’re out on the roads leaf-peeping, visiting apple orchards or commuting to-and-from work this autumn, keep a sharp eye out: The likelihood of striking a deer more than doubles in the fall. Your normal odds of a ruminant-related collision claim are about 1 in 169, but the likelihood more than doubles during October, November and December. See our post: Watch the roads: Autumn is peak deer-vehicle collision season

Florida in the Fall
For our agents, clients and friends in Florida, while the foliage may not be quite as brilliant, you can indeed enjoy the change of season in the great outdoors through wonderful trails, scenic highways, beaches, festivals and fairs. Here are some suggestions:

These suggestions should give you some good options. One more thing: When you’re on the road, it’s always a good idea to have your local insurance agent’s name and number with you in case any mishaps occur on the road. Make sure you have your independent insurance agent’s info in your phone contacts listing!