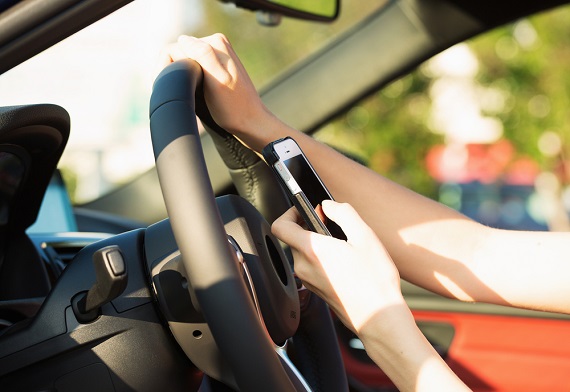 You might have been distracted over Thanksgiving and missed the news: Massachusetts enacted a hands-free driving law, making Massachusetts the 21st state to ban the use of all hand-held electronic devices while driving. This follows quickly on a similar Maine law which went into effect in September. Other neighboring states — Connecticut, New Hampshire, New York, Rhode Island — also have hands-free driving laws on the books.

The new Massachusetts law bans any hand-held device while driving motor vehicles and bicycles. There are limited exceptions to allow for emergency reporting provisions. The law will take effect until Sunday, February 23, 2020, 90-days after the law was enacted. For about the first month, first-time violators will be issued warnings, but after that, fines will apply.

In Massachusetts Has A Hands-Free Driving Law: Four Items Everyone Needs To Know, Agency Checklists offers more details on the law, including penalties for violation:

According to the terms laid out in the new Bill, a first-time violation with result in a $100 fine, a second offense will be a $250 fine, followed by a $500 fine for a third or subsequent offense. While a first or second offense is not categorized as a “surchargeable incident” under the statute, a third or subsequent office will be considered as such.

For more on the new law, see What You Need To Know About The New Distracted Driving Law In Mass.

Hands-free driving laws in the Northeast

Maine’s Hands-free Driving Law went into effect on September 19, 2019. It prohibits the use of mobile telephones, handheld electronic devices and portable electronic devices while operating a motor vehicle, unless specifically exempted by law. Violations will be subject to no less than a $50 fine for the first offense and not less than $250 for a second or subsequent offense. The Chief Judge set the fine amount of $230.00 for a first offense and $325.00 for a second and subsequent offense.

New York state has been on the forefront of the distracted driving issue since enacting the nation’s first statewide handheld phone law, which took effect in November 2001.

Connecticut has had hands-free driving laws since 2005, prohibiting the use of any hand-held mobile electronic device while operating a motor vehicle. Penalties range from $150 for first-time offenders to $500 for a third offense. Drivers may also be subject to demerit points on their driving record.

New Hampshire has had a hands-free driving law since 2015, prohibiting all motorists from using a handheld cellphone or other device to text message or talk while driving.

Rhode Island’s hands-free driving law went into effect on June 1, 2018. Drivers cannot hold a cell phone or other wireless device while operating a vehicle. The use of headphones or other accessories that cover both ears also is not allowed.

For laws in other states, the Governors Highway Safety Association offers a listing of Distracted Driving Laws by state (but note that most recent developments such as the MA law may not yet be reflected)