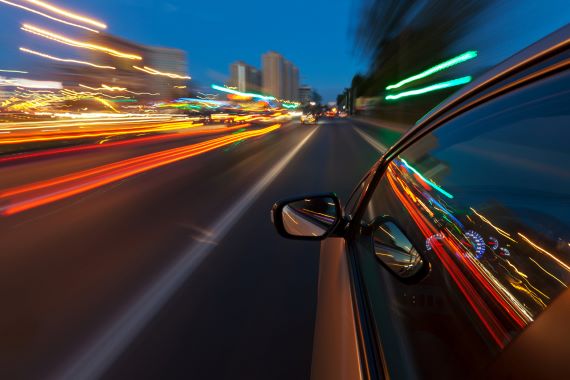 If you need to venture out on the roads, be sure to drive defensively! According to recent reports, many streets and highways have turned into a dangerous environment of deserted streets given over to drag racing and speeding competitions. With so many businesses shut down and people under a stay-at-home advisory during the coronavirus crisis, nationwide, traffic has dropped by  more than 40%, according to transportation-data firm Inrix. Some large metro highways report even higher drops of between 50% to 70%. But if you think less volume makes for safer roads, think again! Unfortunately, people seem to be driving much more recklessly.

According to a report in Agency Checklists, new data from the Massachusetts Department of Transportation shows that despite a 50% reduction in overall traffic on Massachusetts roads, fatalities doubled in number during April. But this troubling trend is not unique to Massachusetts. Standard Publishing talks about a report from the Governors Highway Safety Association (GHSA):

“State highway safety officials across the country are reporting a sharp spike in speeding incidents. Multiple states have reported speed increases, with Colorado, Indiana, Nebraska and Utah noting a significant surge in vehicles clocked at 100 mph or more.”

The Washington Post cites both the GHSA report and law enforcement and traffic experts throughout the country, and the story is the same: speeders have taken over the roadways. In addition to drag racing and high-speed competitions, the post Post reports:

What’s more, those speeding drivers are also more distracted. A study released Thursday by the data analytics company Zendrive found motorists are braking harder and using their phones more while driving. The analysis of millions of miles of driving data based on smartphone sensors found speeding is up by 27 percent on average, while hard braking climbed 25 percent. Phone usage on the nation’s roadways steadily increased in the weeks following the stay-at-home guidelines, up by 38 percent in mid-April, according to the report.

The Post says that people may think they can get away with reckless driving because law enforcement have limited resources or have reallocated resources during the pandemic. And some psychologists think it may be for excitement to counter the boredom or as an emotional release.

Hopefully, this troubling trend is a shutdown anomaly that will ease as states begin gradually reopening. But if and when you need to be out on the roads – particularly the highways – be super alert, avoid distractions, wear your seat belt, and keep your own speed down!